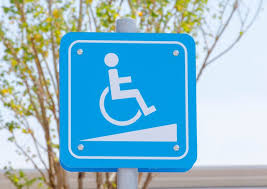 Okay so I promise this will be my last rant before I get into the bucket list stuff, even though, in saying that, most of you have absolutely no idea what I’m talking about. But anyway, first I want to touch on this topic, which to be perfectly honest bugs the shit of me. The secretive world of disability. Now not only are people in its midst held at ransom to ‘normal people’, you know, the whole thing is just flat out unfair. Yes, I did say that, and even with a slightly negative overtone. Like why does one person have full entitlement yet the another not? Especially in the case of extreme disabilities. Well, I’m not God and I have no answers to this, but it is something I do think about often. And most people have no clue of how lucky they are, living their plastic little lives. Sorry teenage America. Now keeping on topic I’d like to go a little further with all this, and before you write in to Women’s Weekly complaining, with all of this I am referring to the hard-core of disability. Kids in care, adults in nappies, I even once heard about this dude who got nude, walked into a supermarket, and started scoffing ice-creams straight from the freezer until the police came. And, he had no idea that this was unacceptable. Yep these unfortunate souls – or are they – I’m still confused about this myself. But basically, those who indulge in socially reverent behaviour. And my point, well the inner workings of this ‘disability world’ can be just as outrageous too. Many people are tarnished with the same brush, it is disgraceful. To use a quick example, which I think is actually my reasoning behind writing this whole paragraph, people’s normal ‘instincts’ are suppressed. In fact, it is commonplace that these ‘people’ aren’t allowed to be sad. ‘C’mon, put on your happy face’ is a statement often heard from Carers, and I’ve experienced exactly the same thing myself. Being told by someone that they won’t work with me unless I’m smiling. I don’t know if it’s because the Carer wants an easy day or what?

I’ve always found this quest beyond disability (and into the realm of being an adult human being) a rather odd one. Like nine times out of ten, people see my physicality and instantly assume the worst – I’m a dumb freaking idiot. Actually to use another example, I can’t even begin to tell you how often people talk to me very, very slowly or with a baby voice, especially on first meeting. One Carer actually came in my bedroom recently doing the whole baby voice thing, and all I did was point my head at my computer, to which I slowly wrote ‘don’t talk to me like I’m fucking stupid’. Her jaw dropped. And look sure these examples might only be my experience, and sure maybe some people might like this type of smothering, or even warrant it, but for me I’ve always felt this stigma very hard to shake. Much like being deemed guilty, and every single day being forced to prove innocence. OMG, I’ve got my ranty pants on today. But before too many people murder me for my observations, really it is all about perspective. Everyone’s path is different. Or as I’ve mentioned previously to many people, that my disability held me back from fulfilling most of my dreams – because I didn’t know if I was ‘that’ person or not. Ironically though, that’s how I’ve found myself here today, fulfilling a dream. You see now I see myself as a reasonably smart guy, capable of many different things – well if I apply myself anyway.

Anyhow to continue advancing the narrative… well I laid low for years. Waiting, waiting and waiting for my saviour, health. It’s kinda funny really, wanting something so bad that everyone else has got. But ill-health and disability, how could I escape this branding? Or be seen on a level pegging? I suppose I just had to forget about it, really, and live my life as everyone else does. From a place of pure perspicacity. Nevertheless, about now it should also be noted that I did have some great times and met some amazing people [under the disability cloud], and most notably becoming good mates with a few of my caregivers as well. Thanks guys and to all you other support staff who’ve kept me sane and safe. But I did have to spread my wings, so back to the dreamer bit, yeah still to this day I think this has been the main contributor to my sanity. I’ve always had something on my mind that evolves into a passion, a quest, and even for a short term – drives my dad crazy. But these things initially, no matter how fun they may have been, they were only biding my time until I got better. Can we all see a theme evolving here? I’ll spell it out for you, Waiting to get better. Only maybe iit would happen, or maybe not. But realistically, I couldn’t spend the rest of my life waiting. So anyway a timely spate of events drew this conclusion – why wait? A combination of depression, frustration, soul searching and a man named Sebastian led me to this conclusion. The stars finally aligned. Mark, live your dream. And my dream was, and had been for many years, to complete a bucket list.

Gees initially though, it led to a bit of chaos. Scepticism amongst peers, but not all, and even some scepticism of my own. Could I do it? And oddly enough I didn’t really give this question much more thought, I just knew in my heart that this was my right path. And selfishly, I thought it was all about me. But right then a nurse said to me [about my list] that she looked up to me in a respect, inspirational sort of way. I thought what for… my life’s shit. And that’s when the penny dropped, my list was important and more than just me, it was a platform to connect with others, and to give ‘forks’ to the limitations that disability put on so many. Yep ‘let’s’ do something with this ‘disability world’; bring purpose, bring meaning to it. After all, that’s the meaning of life isn’t it… to have life with meaning. And it was becoming clear that this bucket list thing was in some way connected to my ‘meaning’, only at this stage I knew no way to put this into words. Maybe it was something along the lines of being an example and a voice for those who are disabled. And more importantly to show the uninitiated what people with a disability truly go through – and can achieve. But before I get ahead of myself, which I am, doing my list also meant that I could find out about these things myself. What it looked and felt like to do what was deemed as impossible for someone with my ability? Or answer, what was actually possible? Why not embrace that? Or on another note, my journey wasn’t the holy grail either, there really was no need to guard my pain [disability] so closely (it just made things worse for me), so it really was the time to let it all hang out – not to say that this didn’t scare the shit out of me. Nope, I had no idea about the outside world anymore.

So as hard as it was, I had to see opportunity. I had to find out who I was beyond disability. I mean beyond the person who was currently defined by their illness, existence and their residence. This is what it really felt like. No one could see beyond these artificial walls. Like I’d be out in public and I felt like a wheelchair rolling around, I’d talk to people and all they would ask me about was my health. And then at my ‘home’ life was pretty much again focused on health and routines. Actually this is pretty hard to describe, so maybe think of yourself as purely defined as your job and that’s all. No friends to talk about, no fancy dinners or even recipies, no purchase of a new car in the winds, just a plain and boring simple job. Again, welcome to the ‘disability world’. People would chat to you and this was the entirety of your dimensions. Also, I didn’t really know who I was outside of this world. My entire identity revolved around this (boring disability). And to draw quite a convenient parallel here, my health life was a twenty-four seven job, I never got to go home. And I guess my point in all this, almost everybody has multiple facets to their lives, and for me personally I now wondered what mine were. I wondered what life might really be like beyond my four walls? But most importantly, I felt I had to do this list to be a real person again. To live I suppose. To not be defined by an unfortunate circumstance, but much rather a willingness to try. And I use the word ‘try’, because really at this point this is all I could do. Try to live and try to thrive, neither of which were guaranteed.

I had no idea who I was but I was willing to find out.