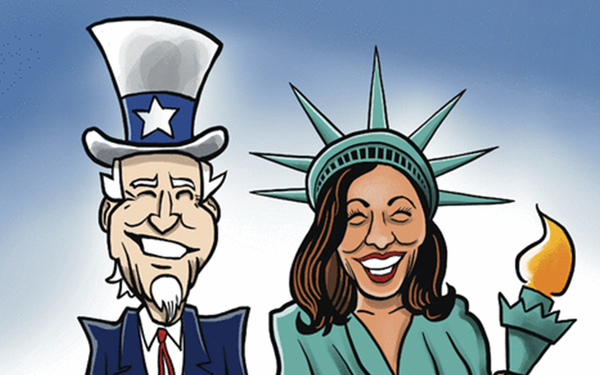 The world is a bit of a shit show at the moment, so many huge events are playing out on an almost daily basis (and most are tragic), and well, I reckon it’d be an insult or pure naivety not to make mention of some of these here. In many ways, or I believe so, these current events are going to be talked about an analysed for at least the next fifty years. Haha like Boris Johnson’s hair… pure phenomenon.

Yep, we’re living through some landmark times – and what surprises me is that some people are completely switching off to this. Or, maybe not, but geez I have had countless support staff tell me that they don’t watch the news because it’s all too sad.

A pandemic, floods, fires, the black lives matter movement, the me too movement, all these mass shootings, heck the queen of England even died two weeks ago (and blimey the funeral was amazing, such a spectacle). Then there’s the war in Ukraine, with the fallout from that being things like food shortages and inflation, oh and then this resulting fight between autocracies and democracies (or it’s simply been highlighted now).

Then the abortion rights debate as the Supreme Court overturned Roe v. Wade in America, plus something not so much in the headlines but something that interests me, the Amazon company is so freakin big now and wields so much power, so not only has it destroyed many small businesses but it’s fastly becoming a monopoly (over all consumption and in most markets). You know, I think there really is such a thing as being too successful.

But the thing that interests me the most, mainly for infotainment, I’m obsessed with American politics. Which, as an Australian, hm, I do find this a bit weird as “I’m at a safe distance” so to speak. I’m not nor can I really play a hand. So, it’s definitely something I’d put into a hobby category. Or, for me, I treat it like watching a soap opera.

Yeah, so I’m right into the midterms at the moment, I’ve watched all the Jan 6th insurrection hearings thus far (and I’m pretty excited as there’s going to be another one next week), but my biggest source of entertainment without doubt has to be the trainwreck that is Donald Trump. Mister talks in bumper stickers, everything he does he claims it to be the biggest and best ever, it’s like he wasn’t hugged enough as a child. Everything is an ego driven competition, which sadly, it can be quite amusing to watch.

Anyhow, he tries to steal an election, he leaves classified documents at his beach house, basically divides a nation, and mostly out of self-interest and a harbouring of fear. And he constantly says the dumbest things ever, like just today he said in an interview that “he can declassify documents just by thinking about it.” Yet the amazing thing, so many people still support him, his lies and his chaos.

Still, I don’t want to bring my personal opinions into this too much. What I do want to highlight though, it fascinates me how this Trump bloke has basically used distraction and misdirection as tools to promote his agendas. Or, the way that he uses rhetoric and chaos to manipulate and control the conversation (and to control the media). Trump is an absolute master at this (as it’s a sales technique) but what annoys me is that he keeps fooling the public in this way. And he seemingly keeps getting away with it.

Like it first started with Obama and his birth certificate, then Hilary Clinton and her emails, then everything was about Joe Biden’s son Hunter. Meanwhile… tapes come out where Trump says how he “grabs women on the pussy” (which he completely destroyed and discredited the chick who confronted him about this in the 2016 presidential debate), he then claimed that he could shoot someone in the middle of New York and not lose a single vote, all while his advisors are directly pocketing fundraising cash from his build the Mexican wall campaign. Fake news, lying about the crowd size in inauguration day, this was a presidency based on creating doubt and discrediting sources. Attack and anger, divide and separate, us versus them. Oh and while nick-naming most competitors all these derogatory catchphrases like Crazy Bernie or Sleepy Joe.

Seriously, this Trump dude is a master manipulator, and from my “safe distance” geez it’s compelling and fodder to watch. But yuk hey, I think there’s far too many people who are sitting on the sidelines like me (hopefully not?). What this does bring up for me though, I mean if a man like Trump can hold the highest office in the world, what does this really say about the state of things and the world? Have we all fallen asleep? Have we all turned off the news because it’s all too sad? Honestly, I dunno.

What I do know though (well at least from a personal point of view) is that I’m trying to become a lot more informed about all the happenings in the world – and by this I mean mostly politically. I believe that this is important stuff to know, especially as the distribution of wealth and power is now falling on fewer and fewer people. So, it’s good to know your stance and your rights (which I’m still in the midst of learning and forming my opinions about both of these). But, above all, I wholeheartedly believe that knowledge is power, and currently now more than anytime ever before in history.

It’s as if this mass awakening really does have to occur (and we do have the technology available to be able to do this). Plus, I’m starting to feel like greed and capitalism aren’t as appealing or as sustaining (not that I’d know!) as they used to be, as in people are genuinely looking for meaning these days. Gordon Gecko, meh, his day has come and gone.

Anyhow, to wrap this thing up, I’d love to make it off the sidelines someday. I reckon it’d be awesome to become politically active and involved one day. You can call me Crazy Bernie… um… um… I mean Crazy Markie. Yep, let’s cancel all student loans… please lol.